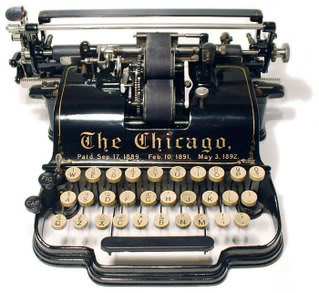 Okay, I do believe a new strategy is called for and that involves thinking outside the box and giving myself permission to put the second half of the Golden Legacy review on the back burner because it’s keeping me from putting up new posts, as in I’ve had lots I’ve wanted the post in the last week or so, but the Miss Grundy in my head keeps wagging her withered finger at me and saying, “Not until you post the second half of that Golden Legacy review, young lady!”  Well, it’s taken me forty one years but I’m finally ready to say,

Ooh, that felt good.  “Shut up” is almost as bad as the F word in our house.  Never mind that the actual teacher I’m picturing as I write that must be long dead by now.

So, here is the first of many things I’ve been dying to share with you all.  A must see, it’s called The Literacy Site.  Clicking on the site once a day gives a book to a child in need!!! Books, folks!!! Almost as sustaining as food.  I plan to do my daily clicking!

Plus, the site is so much fun.  It is a clearinghouse for other charities besides The Literacy Site, so if you go to their store, you’ll find all kinds of groovy fair trade stuff at reasonable prices.  The kind of stuff you can get at Ten Thousand Villages or Oxfam only without leaving your computer.  Or the kind of cool international stuff you used to be able to get at Pier One–if you’re my generation or older, you know of which I speak.  Handmade wooden toys from South America.  Animal-shaped soap from Japan.  Oh, and if you want, there’s another part of the store where  you can spend more and send two Afghan girls to school ($20) or pay an Afghani teacher’s salary ($40).

And a substantial part of the proceeds goes to getting books into the hands of low income kids, who, according to the Literacy Site, quite possibly live in a totally bookless world.  I cannot imagine a bookless world!

All just for one click a day.  If you scroll down after you click, they’ll even show you how many books have been donated so far that day!!!  Almost as exciting as checking your Blog Stats!

So go ahead.  Add it to your favorites right now. Go, Go!

Ah, so happy to be back posting.  I’ve been reading a wonderful book by Eric Maisel called Fearless Creating–I’ll be posting some great quotes from it very soon.  Great theory on creativity, right up the alley of this closet psychology junkie.

Meanwhile, I’m also packing to get ready for AWP, which I’m leaving for Tuesday.  I was at this same hotel for 4C’s last year and internet access was only spotty(though it never occurred to me to try the lobby for better wireless access, which I’ll do this time) so I’m not sure I’ll be able to post, but I’ll try.  Even though I’m getting into my usual “wah, I hate to leave my kids, I hate to fly,” mode, I’m also looking forward to some really interesting sessions and reconnecting with people like Anna Leahy (and picking up a signed copy of her new book of poems), Mary Ann Cain, Wendell Mayo and maybe even Bill Lychack if he’s able to be there.  And who ever else I run into in the elevator line; AWP is like old home week. Chris Motto won’t be able to be there, but I’m not trying to make her feel guilty about that or anything. Sniff, sniff.

And of course, snagging stuff at the bookfair.  And this time my husband will be with me (another thing to look forward to) which means I can spread out the booty over two suitcases and worry less about the luggage weight limit (which, FYI, is 50 lbs)!!

So, don’t forget to post between now and the 4th so that you’re entered in the giveaway!!