So, I’m deeping involved in reading a wonderful book called Boy Writers: Reclaiming Their Voices,  by Ralph Fletcher, which in moving toward closing the gender gap that exists between boys and girls in literacy and writing, examines ways in which we can “create writing classrooms that are friendlier to boys.”  And, I just spent all day Saturday at a Yugioh Card Sneak peek where about forty or fifty tween and teenage boys (this time, not a single girl ) competed in duels and tournaments and trades.  Finally, I am pretty well steeped in the world of boy’s literacy.  And what I’ve come to believe that there isn’t really a boys literacy crisis as opposed to a girls literacy success (there may be a literacy crisis in general, but that is another topic for another day, or year, or lifetime)–if one is willing to change one’s definition of what constitutes literate behavior.  Literacy for (many) boys =

Just look at a Yugioh Card.

Pretty text heavy for a playing card.  Check out the volumes of text heavy gaming guides which my kids literally memorize, like this one:

Finally, consider the games themselves, with words and dialogue constantly flashing across the screen.

Manga  (or, Comics for the 21st Century) 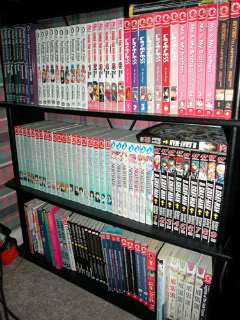 According to Fletcher, to boys, drawing and writing go hand in hand.  Statistically, they are much more likely to want to illustrate something they’ve written and spend a lot of time on those illustrations (creating detail, etc.) than girls.  Hence their love of manga, graphic novels and comics.  So, I say, let them read comics.  Let them love reading comics.  I read unevenly at that age: Betty and Veronica, Valerie Sherwood (!), and so on.  Just let them love reading.  If they want to write comics, let them write comics.

Boys, just like girls, have their obsessions.  Fanfictions, fan written stories that continue the lives of their favorite characters, feed those obsessions, in relatively healthy ways.  My son literally consumes fanfiction.  He even follows day to day installments from particular writers.  There are some he likes better than others.  He’s learning what makes engaging writing and what doesn’t.  It’s only a matter of time before he starts wanting to write some of his own.

These Yugioh sneak peek events are quite a sight.  You’d think they’d be total geek fests (and I use that term lovingly, as only a mother could), but they aren’t.  There’s quite a range of kids here, and while I don’t see a lot of athletes (who are probably out playing a game somewhere) I see all kinds of others–from the geeks that do hold down the fort, to preps, hipsters.  It’s actually pretty encouraging, because let me tell you–I may not know much about the finer points of Yugioh, but I know it really exercises the gray matter.  Nothing like a room full of people strategizing, doing mental math at lightning speed, to prove that learning doesn’t always happen in a classroom.

What I’m trying to say, I suppose, here, in echoing a lot of what Fletcher argues,  is that in order to encourage boys (and all children whose literacy interests diverge from the classroom norm) to stay engaged in the world of words, we need to expand our definition of literacy and the ways that we, as teachers, recognize it.  Let boys read and write out of some of their obsessions, whether that means sports stories or Pokemon escapades, even if they don’t fit our “traditional” ideas of text.  No learner who is deeply engaged in his subject is ever lost.  But a disengaged learner is.